J is for Justify is an alphabet book written and illustrated Lesley A.J. Baumann, inspired by the 13th Triple Crown winner, that features 26 famous racehorses. From American Pharoah to Zenyatta, the pages are filled with colorful illustrations and tales of courage, perseverance and victory.

Though it is a children’s picture book, it is sure to entertain the young at heart and horse lovers alike. Anecdotes include details about Justify’s knack for achieving impossible goals, Rachel Alexandra’s ability to outrun the boys and the fact that Secretariat’s heart was about twice as large as that of a normal horse. It is also layered with details  including the horses’ birthdays and which ones won the Kentucky Derby and Triple Crown.

The illustrations feature Lesley’s detailed horse drawings. A departure from her normal utilization of traditional media, these pieces were all created digitally. The phases of their strides are reminiscent of a Muybridge stop-motion photograph sequence, and if you were to turn through the pages as if they were from a flip book, the horses would appear to run. Bold background patterns are derived from the jockeys’ silks, and the repetition of the alphabet letters in the artwork is a detail that the youngest readers will enjoy.

Born the year Seattle Slew won the Triple Crown, Lesley Baumann is a graphic designer and nationally-known animal portrait artist. She grew up in Dayton, Ohio, and earned her BS in Design from the University of Cincinnati before moving to Arizona, California, Vermont and back to Ohio while building her client base. In all aspects of her work, Lesley has a skill for observing a subject and translating it into stunning visuals that resonate with the intended audience. In her free time, she enjoys riding her American Saddlebred named Clever, cheering for her favorite racehorses as they thunder down the stretch and attempting to keep up with her exuberant young Justify fan. 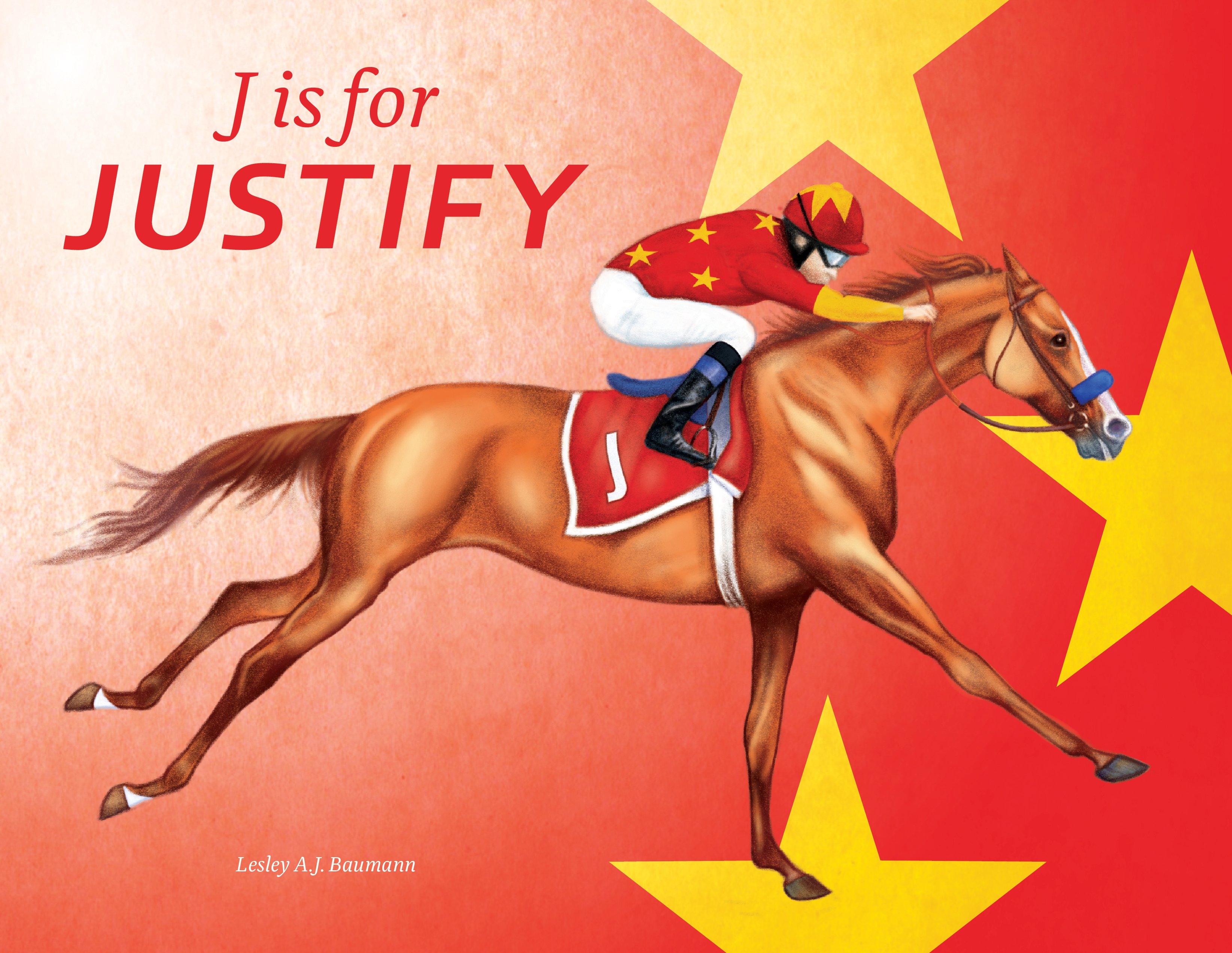